London, 24 October 2017. Justina Mutale has been named in the 2018 Powerlist of the top 100 Most Influential Black People in the UK. The Powerlist recognises and celebrates 100 of Britain’s most influential people of African, African Caribbean and African American heritage. Nominees are rated on their ability to change lives and alter events. Influential personalities previously listed on the Powerlist include Commonwealth Secretary-General, Patricia Scotland; former United Nations Under-Secretary-General for Humanitarian Affairs, Valerie Amos; and world-renowned Philanthropist, Mo Ibrahim.

“It is a great honour and privilege to be featured among some of the most outstanding personalities of Black origin.  I am humbled by this awesome recognition”, says Justina Mutale 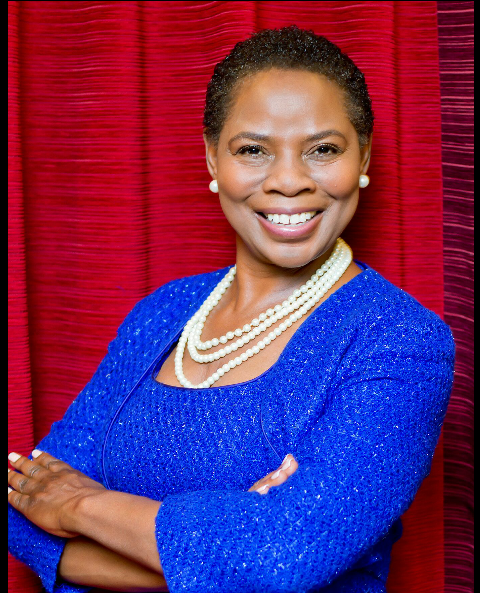 A Global Official of Dignity and Doctor of Humane Letters, Justina Mutale was in 2014 and 2015 honoured as one of the greatest humanitarians of the world at a ceremony held at the United Nations Headquarters in New York.  Ms Mutale has also been honoured for her outstanding and phenomenal leadership qualities as a Stateswoman; Global Leader; and Iconic Woman Leader of the Decade. A Distinguished Member of the Royal Biographical Institute and a Fellow of the Global Institute of Human Excellence, Ms Mutale has been globally acclaimed as one of the most influential and inspirational women of African origin. In 2012, she was awarded the prestigious title of “African Woman of the Year” sharing a platform with various African Presidents and Heads of State.

“Justina Mutale is a towering icon of exceptional repose, a woman of inestimable value, a caring and influential heroine, one that exemplifies high standards, ethics, care and unalloyed support for women and values” – Rex Idaminabo, Reputation Poll

Ms Mutale has been recognised among the 21st Century new leaders and influencers of our time, who are challenging what we have known for ages, challenging the stereotypes, challenging the norms and creating their own reality, which resonates with the needs of people around them by maximising resources around them to create powerful ripple effects that are changing lives, using the power of their gifting, vision and creativity. She has been featured as a Hero in the Capital Finance International Journal, which brings coverage and analysis of the drivers behind change, by combining the views of leading multilateral and national organizations with thought leadership from some of the world’s top minds. Ms Mutale was recently invited to join the Board of the World Film Institute, which is headquartered in Beverly Hills, and that of the Hollywood World Humanitarian Awards, both of which are based in Hollywood.

A recipient of numerous international awards, honours and accolades, Ms Mutale currently boasts six Honorary Doctorates, in six different disciplines, from six different institutions, in six countries, from six continents across the globe. She is named on various WHO’s WHO Lists; Influential Lists; and Power Lists across the globe, including the Women of the Decade Power List; the Black Women in Europe Power List; Top 100 Most Influential Women in Emerging Economies; 100 Most Influential Creatives; 100 African Women of Power; and 100 Africans Making a Difference. Furthermore, Ms Mutale has been inducted to the Global Women Leaders Hall of Fame based in the USA, as well as the Black 100+ Hall of Fame, an Exhibition and Legacy of the top 100 Black Achievers in modern Britain. She has also been nominated to the Capital Awards Hall of Fame at the Georgia State Capital in the USA, and the 2017 UN-World Habitat Humanitarian Awards held in Abuja, Nigeria.

Ms Mutale serves as President, Patron, Ambassador, Advisor, Board Member, Consultant and Mentor to various commercial, humanitarian, charitable and community organisations in the UK and across the globe. She sits on the Advisory Board of the World Leaders Forum and is Global Envoy and Spokesperson of the International Women’s Think Tank. She is also a civil society delegate and Speaker at the United Nations Commission on the Status of Women; and the African Union High-Level Panel on Gender Equality and Women’s Empowerment held in the wings of the African Union Heads of State Summit.   A much sought after international Keynote Speaker, Ms Mutale has had the rare privilege of addressing the United States National Congress of Black Women, America’s most influential women’s group, which has also been addressed by both the 44th President of the US, President, Barack Obama and the former First lady, Michelle Obama.

The UK Powerlist of Most Influential Black People in the UK is referred to by a number of reputable companies and organisations when they are looking to appoint board members, award honours, public speakers and discover people in senior positions. The list is also sent out to schools, colleges and universities, reflecting those listed as great role models to young people across the UK. The 2018 Powerlist includes Gina Miller, Business Owner and Political Activist; Ric Lewis, Chief Executive and Chairman of Tristan Capital Partners; Ismail Ahmed, Founder of World Remit; Sharon White, Chief of OFCOM; Dr Nira Chamberlain, Professional Mathematician; and Edward Enninful, Editor-in- Chief-of-British Vogue.